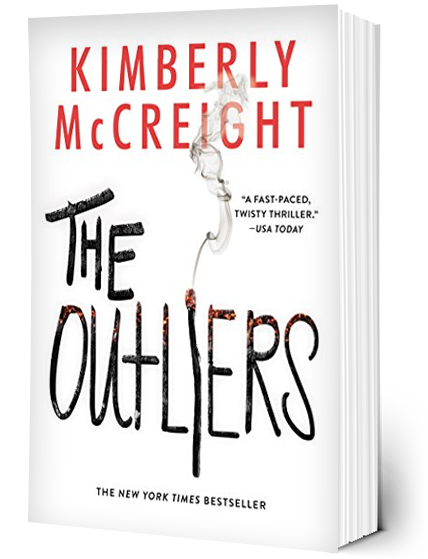 From the New York Times bestselling author of Reconstructing Amelia comes a fast-paced teen series where one girl learns that in a world of intrigue, betrayal, and deeply buried secrets, it is vital to trust your instincts.

It all starts with a text: Please, Wylie, I need your help. Wylie hasn’t heard from Cassie in over a week, not since their last fight. But that doesn’t matter. Cassie’s in trouble, so Wylie decides to do what she has done so many times before: save her best friend from herself.

This time it’s different though. Instead of telling Wylie where she is, Cassie sends cryptic clues. And instead of having Wylie come by herself, Jasper shows up saying Cassie sent him to help. Trusting the guy who sent Cassie off the rails doesn’t feel right, but Wylie has no choice but to ignore her gut instinct and go with him.

But figuring out where Cassie is goes from difficult to dangerous, fast. As Wylie and Jasper head further and further north into the dense woods of Maine, Wylie struggles to control her growing sense that something is really wrong. What isn’t Cassie telling them? And could finding her be only the beginning?

In this breakneck tale of intrigue, betrayal, and deeply buried secrets, New York Times bestselling author Kimberly McCreight brilliantly chronicles a fateful journey that begins with a single decision—and ends up changing everything.

Check out the first four chapters on Epic Reads, and chapter five on Entertainment Weekly!

The Outliers on Goodreads

Like my adult books, my YA debut, The Outliers, is many things: a mystery, a speculative thriller, a character-driven drama. But when the idea for the series first came to me, I had something else in mind: a warning to my daughters. And also a promise.

Sometimes I think my older daughter spends more time inhabiting the hearts and minds of others than she does her own. She can be so emotionally intuitive that it occasionally verges on unsettling. And the truth is, sometimes, so am I. This common thread—being preternaturally empathetic—is also evident in my closest female friends. We all seem to operate on the same heightened emotional frequency.

Many of us also share something else: anxiety. Perhaps this is unsurprising given the research suggesting a significant gender disparity.  According to the ADAA, “[f]rom the time a girl reaches puberty until about the age of 50, she is twice as likely to have an anxiety disorder as a man.” The statistics also suggest women are medicated at a vastly higher rate.

Which led me to wonder: what if the two are related? What if women are more anxious than men because they are more emotionally intuitive? And what if being anxious and intuitive isn’t some kind of proof that women are the “weaker” sex. But is instead evidence that we posses a great and unique strength. One with tremendous untapped potential.

This opening book in the series is first and foremost a mystery about one troubled teenage girl trying to overcome her fears and find her missing best friend. But it’s also about finally claiming your rightful place in the world by accepting the truth of who you are. And it marks the beginning of a journey about what it means to be a girl—for better and for worse.

So while The Outliers trilogy is meant to be a warning to my daughters about the world they will grow up in and the people who might deem them unworthy, it’s also a promise. That they are more than powerful enough to rise above all of it.

To them and everyone else I say the true secret is this: Trust your instincts.