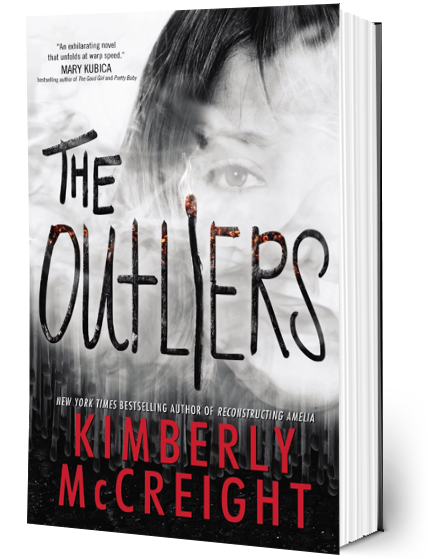 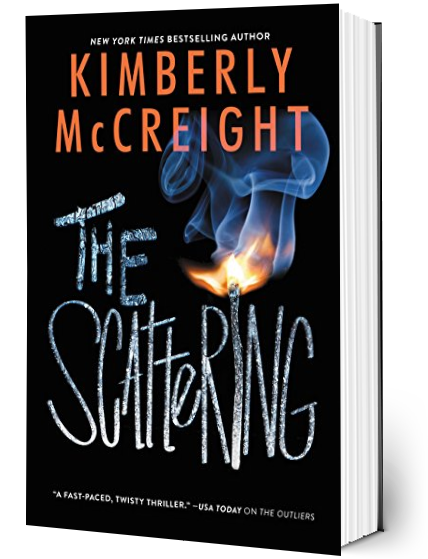 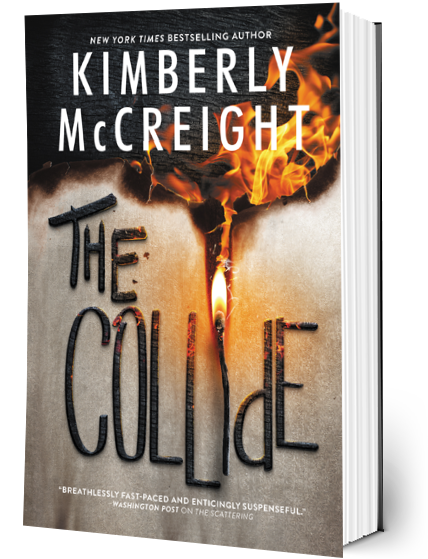 About the Outliers Series

It all starts with a text: Please, Wylie, I need your help. Wylie hasn’t heard from Cassie in over a week, not since their last fight. But that doesn’t matter. Cassie’s in trouble, so Wylie decides to do what she has done so many times before: save her best friend from herself.

From the New York Times bestselling author of Reconstructing Amelia comes a fast-paced teen series where one girl learns that in a world of intrigue, betrayal, and deeply buried secrets, it is vital to trust your instincts.

Praise for The Outliers

“Mccreight’s book is an edge of the seat page turner. Her ability to get at the core of what it means to be a friend, a girl, a human being in this society is at once thoughtful and dead on.”
—JACQUELINE WOODSON, National Book Award winning author of Brown Girl Dreaming

“An exhilarating novel that unfolds at warp speed, Kimberly McCreight’s The Outliers tracks two teenagers into the remote and unpredictable woods of Maine as they risk everything to find their missing friend. With shocking discoveries at every bend and shifty characters who change on a dime, The Outliers was unputdownable, its final words leaving me with chills and an insatiable need for more.”
—MARY KUBICA, New York Times bestselling author of The Good Girl and Pretty Baby

“A spellbinding thriller that keeps you guessing until the very last page, The Outliers is all about trust, truth, and when to go with your gut. Get ready to fall in love with Wylie and her unique talents.”
—SARA SHEPARD, bestselling author of Pretty Little Liars and The Heiresses

“The Outliers is a fast-paced, emotional, and darkly compelling novel with an ending that works like a catapult. I can’t wait to find out what McCreight has hidden up her sleeves!”
—JULIANNA BAGGOTT, bestselling author of Harriet Wolf’s Seventh Book of Wonder and the Pure trilogy.

“The mystery, plot twists and cryptic clues make this one perfect for fans of Pretty Little Liars.”
—Justine Magazine

“Original and wholly addictive . . .a heart-pounding mystery that will leave readers desperate for the next book.”
—SUZANNE YOUNG, bestselling author of The Program

“The Outliers is evidence of McCreight’s talent: to write detective stories that sensitively stalk the territories of young troubled minds.”
—Center for Fiction

“Best-selling author McCreight makes her YA debut with a heart-pounding thriller that ends on a cliffhanger. Wylie has struggled with anxiety her whole life, but after her mother’s accidental death in a car accident, it worsens to the point of agoraphobia. But when her best friend Cassie goes missing and texts her for help, Wylie is the first in line to save her—setting out for the Maine woods with Cassie’s boyfriend, Jasper, in tow. But their rescue mission hits some snags, and, upon arrival, Wylie’s world as she knows it is upended. Could her mother’s death actually have been on purpose? And did her dad have something to do with it? This fast-paced thriller will have readers pinned to their seats with all the twists and turns in the second half….the novel has an intriguing premise regarding emotional intelligence and the female mind. Thought provoking and chilling, this is guaranteed to grow McCreight’s fan base. HIGH-DEMAND BACKSTORY: With film options already in the works, best-selling, award-winning McCreight’s YA debut is set to be a big splash.”
—Booklist

“The Outliers is a gripping, unique mystery, and readers will eagerly await the rest of the trilogy.”
—Mystery Scene

“The Outliers by Kimberly McCreight has been described as ‘break-neck. We take that ‘break-neck’ and raise it a ‘badass.’”
—Maximum Pop

“McCreight brings her taut writing style and clever plotting to YA in a fun start to a new series…This one ends with your heart in your throat. McCreight ties up just enough ends to leave you satisfied, before she takes a pair of scissors and CUTS ALL THE ENDS. Can I pre-order the second one now?”
—Roscoe Books

“Every single page of this book is test of your endurance and ability to judge situations – don’t worry when you get every single one of those judgment is wrong. I will be here to hold your hand and assure you there’s nothing wrong with you – Kimberly McCreight is just THAT good. So I ask you, are you up to the challenge of trying to guess correctly about THE OUTLIERS? I have been dying for this kind of mystery/thriller in Young Adult for so long, it’s perfection printed and I CAN NOT wait to see what happens in the next book!”
—Me My Shelf and I

“You won’t want to miss this book if you are a fan of mysteries where the answers lead to more questions. The breakneck pacing, the increasing tension and it’s addictive quality all make this a must read. Kimberly McCreight continues to showcase her talent for crafting entirely engrossing mysteries, and I am desperate for book two in this promising series. If you haven’t yet discovered this author make it your summer goal to do just that.”
—A Glass of Wine

Praise for The Scattering

“Kimberly McCreight ramps up the tension in her second installment in The Outliers trilogy. An action-packed, propulsive mystery, The Scattering is a roller-coaster ride with a bombshell ending that will have readers begging for the final chapter in the series. Brilliant!”
—MARY KUBICA, New York Times bestselling author of The Good Girl and Every Little Lie

“The Scattering is at once a pulse-pounding adventure and a poignant emotional drama, with shocking twists that kept me guessing at every turn—and a final reveal that left me reeling!”
—KATHARINE MCGEE, New York Times bestselling author of The Thousandth Floor

“High schooler Wylie Lang sees things differently from most teenagers. She is a member of a select group of girls known as Outliers, who have Heightened Emotional Perception. In series opener The Outliers (2016), Wylie first becomes aware of her unusual skill, which is being studied by her scientist father. Unfortunately for Wylie and her family, sinister forces have an interest in subverting these skills for their own ends, and Wylie is often on the run. In this sequel, when her friend Jasper mysteriously disappears, Wylie fears the worst. . . Tantalizing mysteries remain to be solved: the whereabouts of her father; the real status of her mother, presumed killed in a car crash; and the motive of her mother’s lawyer friend, Rachel. Wylie’s compelling first-person narration, tough conflicts with others, and her courage against formidable odds make this an un-put-downable thriller. A reading of the first novel is necessary to appreciate this title. A riveting adventure that rewards returning readers.”
—Kirkus 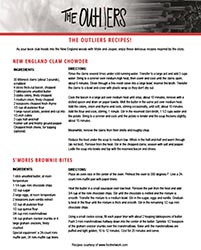 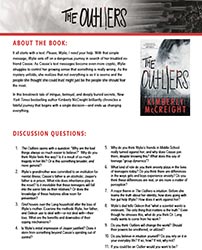